The World Tourism Day is celebrated by the United Nations World Tourism Organisation on September 27 to address global challenges outlined in the United Nations Millennium Development Goals and to highlight the contribution the tourism sector can make in reaching these goals. Its purpose is to foster awareness among the international community of the importance of tourism and its social, cultural, political and economic value.

Since 1980, the United Nations World Tourism Organization has celebrated World Tourism Day on September 27. This date was chosen as on that day in 1970, the Statutes of the UNWTO were adopted.

To mark the world tourism day today, Kerala Tourism will organise Sugama Sancharam – barrier-free-travel – a unique event that will take about 100 differently abled delegates for a one-day tour. Tourism Minister A.C. Moideen launched the initiative in the capital this morning and many differently abled multi-talented personalities will grace the occasion.

India Tourism Development Corporation, a PSU under Ministry of Tourism, Government of India, on completion of its 50 Year of inception on 1st October 2016 launched a Logo marking the Golden Jubilee of ITDC. 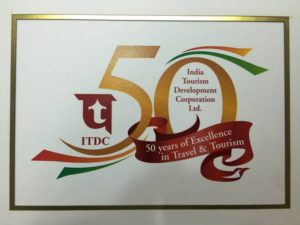