According to the projections of the 2016 World Population Data Sheet from the Population Reference Bureau (PRB), the world population will reach 9.9 billion in 2050, up 33 percent from an estimated 7.4 billion now.

PRB’s projections show Africa’s population will reach 2.5 billion by 2050, while the number of people in the Americas will rise by only 223 million to 1.2 billion.

The combined population of the world’s least developed countries in the world will double by 2050 to 1.9 billion.

As per the expected rate of growth, the expected population of the top populous countries in 2050 as follows:- 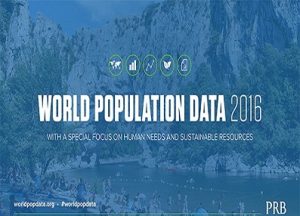 The Population Reference Bureau (PRB) is a private, nonprofit organization which informs people around the world about population, health and the environment for research or academic purposes and it was founded in 1929.

PRB aims to have a three-fold mission: