The Cincinnati Masters currently called the Western & Southern Open is an annual outdoor hard court tennis event. The tournament was held annually at the Lindner Family Tennis Center in Mason, a northern suburb of Ohio near Cincinnati, in the United States. 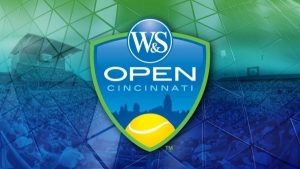 Chan Yung-jan and Martina Hingis capture their sixth title of the year at the Western & Southern Open over Hsieh Su-wei and Monica Niculescu, 4-6, 6-4, 10-7.