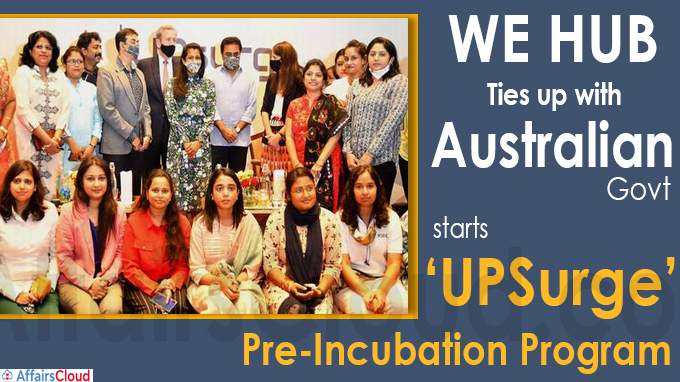 In March 2021, WE Hub, a government of Telangana initiative partnered with Australian government to launch “UPSurge” a 12-week pre-incubation program conducted across India. The program is targeted towards Women Entrepreneurs to minimise financial risk while selling novel products & achieve financial independence. Australia is the first International Partner of WE Hub, when they jointly launched the “Community Slate” program that was concluded in 2020.

i.WE Hub is an Incubator to foster & promote Women Entrepreneurs towards scaling their products in the Global arena.

iii.This collaboration is in line with Australia’s Decadal Plan for Women.

iv.Australia has developed a Decadal Plan for Women in Science, Technology, Engineering and Maths (STEM), to support improved gender equity in STEM.

i.WE Hub and JKEDI Sign MoU to Promote Entrepreneurship and Startup Culture in J&K and Telangana.