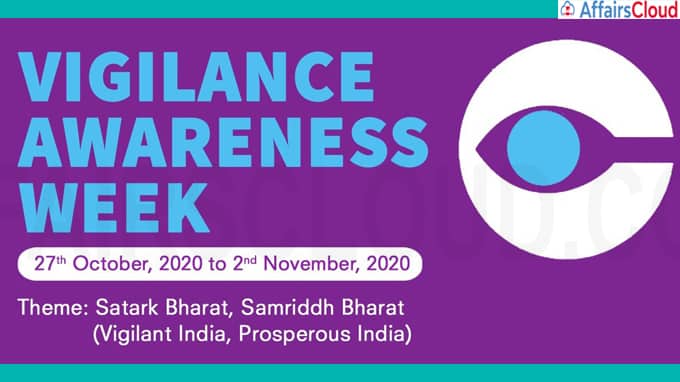 The ‘Vigilance Awareness Week’ 2020 is observed in India from October 27 to November 2, 2020 by Central Vigilance Commission (CVC). This year the week is being observed on the theme “Satark Bharat, Samriddh Bharat (Vigilant India, Prosperous India)”.

–The ‘Vigilance Awareness Week’ is observed during the week in which Sardar Vallabhbhai Patel’s birthday falls (October 31).

–The reason behind its observance is corruption which is a major hindrance to the progress of the nation.

–As a part of week CVC urges all organisations to focus on internal (housekeeping) activities which includes improvement of internal processes, time bound disposal of work and systemic improvements leveraging technology.