Renowned Hindi litterateur and playwright Surendra Verma has been selected for 2016 Vyas Samman for his novel Kaatna Shami Ka Vriksha Padma Pankhuri Ki Dhar Se. This novel was published in the year 2010.

Surendra Verma was born on September 7, 1941 in Jhansi, Uttar Pradesh. He is an M.A in linguistics.

Some of his well known plays and novels include: 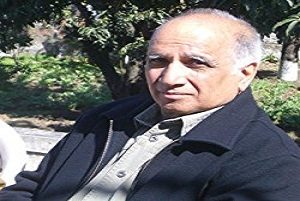 Vyas Samman was instituted in 1991 by the KK Birla Foundation. The prestigious award carries a cash award of Rs 3.50 lakh, a citation and a logo.