The Union Cabinet led by Shri. Narendra Modi approved the introduction of pension and post-retirement medical schemes for the 22,000 existing employees of Food Corporation of India (FCI) as per the guidelines of Department of Public Enterprise.

It is one of the largest corporations in India and probably the largest supply chain management in Asia. 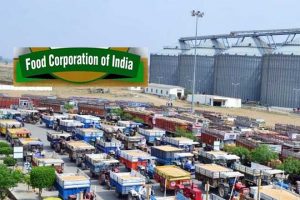 It operates through 5 Zonal offices and 24 Regional offices. Each year, the Food Corporation of India purchases roughly 15 to 20 per cent of India’s wheat output and 12 to 15 per cent of its rice output. The purchases are made from the farmers at the rates declared by the Govt. of India.

As per the press statement of the government of India, all employees including Category I, II, III and IV of the Corporation on the payroll as on 1.12.2008 or appointed thereafter are covered under the new pension scheme for employees of FCI.

It applies to all employees Category I, II, III & IV employees of the Corporation including retired employees who are members of the current employee funded Medical Health Scheme for Retirees.