Minister of External Affairs Sushma Swaraj and Secretary of State John Kerry on the occasion of the inaugural India-U.S. Strategic and Commercial Dialogue (S&CD). 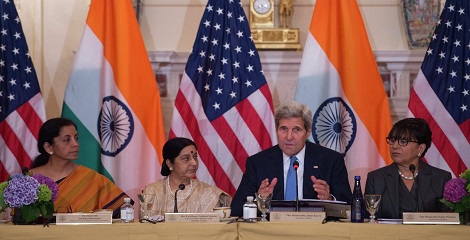