The Chhattisgarh government announced an increase in the reservation for Scheduled caste (SC) from 12% to 13% and for Other Backward Classes (OBC)  from 14% to 27%. This announcement was made by Chief Minister (CM) Shri Bhupesh Baghel on August 15, 2019 independence day celebration at the Police parade ground in Raipur, Chattisgarh. 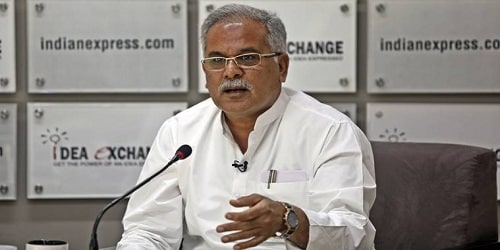 Key points
With the increase in quota, the state’s reservation becomes a total of 72 percent, which is the highest in the country and far above the reservation limit of 50 percent mandated by the Supreme court.

Major announcements made:
i. New district: CM made an announcement of the formation of a new district “Gaurela-Pendra-Marwahi” which will be carved out of Bilaspur. This is done for better administration of the state. The state will now have total districts to 28.
ii. Cow shelters: Cow shelters in the state will now be linked to biogas plants as a move of income generation. Also assistance of Rs.10,000/month given to Gowthan (cow shelter) committees.
iii. Lemru forest development: Development of the Lemru forest area as ‘Lemru elephant reserve’ was announced. It is a mineral rich area in Korba district of Chhattisgarh. This move was taken to deal with the increasing man-animal conflicts in the northern part of the state.
iv. The govt. will be launching a new scheme ‘Suposhan Abhiyan’ on October 2 2019 to fight malnutrition across the state.
v. Special initiative to provide forest land rights to tribals in Abhujmad was launched.
vi. 200 food parks in the state were promised to be set up.