On 12th January 2018, Foreign Minister, Sushma Swaraj left for a two-day visit to Uzbekistan to attend the first ever India-Central Asia Dialogue which was held in Samarkand, Uzbekistan. 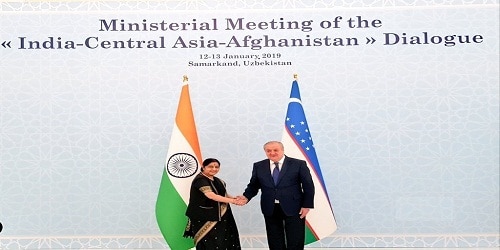