On August 24, 2017 The Supreme Court (SC) ruled that privacy is a fundamental right because it is essential to the right to life.

i.A nine-judge Supreme Court bench declared privacy is a fundamental right that may impact everything from the government’s signature Aadhaar programme to civil liberties, rights to collection and use of personal data by Internet and financial firms. The decision can also impact restrictions on right to convert and choice of food.

ii.Chief Justice JS Khehar informed that ruled privacy was part of the fundamental right to life and personal liberty guaranteed to all citizens under Article 21 of the Constitution.

iv.The judgment will have a crucial bearing on the government’s Aadhaar scheme that collects personal details, biometrics to identify beneficiaries for accessing social benefits and government welfare scheme. 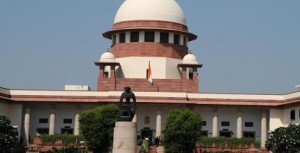 v.National programmes like Aadhaar, NATGRID, CCTNS, RSYB, DNA profiling, reproductive rights of women, privileged communications and brain mapping  involve collection of personal data, including fingerprints, iris scans, bodily samples, and their storage in electronic form. The Law Commission has recently forwarded a Bill on Human DNA profiling. All this adds to the danger of data leakage.

Questioning the proposal to link Aadhaar