According to the second edition of Reserve Bank of India’s (RBI’s) statistical publication titled ‘Handbook of Statistics on States 2016-17’, total gross fiscal deficits of Indian states shot up to Rs 4,93,360 crore in fiscal 2016 from Rs 18,790 crore in FY1991.

Highlights of ‘Handbook of Statistics on States 2016-17’: 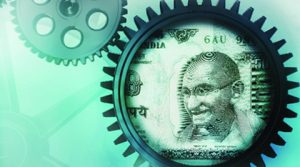 This publication by Reserve Bank of India (RBI) covers statistical data on socio- demographics, state domestic product, agriculture, industry, infrastructure, banking and fiscal indicators across the states over a period ranging from 1950-51 to 2016-17.