According to the latest Bloomberg Misery Index which combines the inflation and unemployment rates in 74 countries, Singapore is the second happiest place in the world. 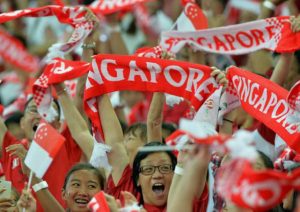 The following table shows the raging of least miserable to highly miserable countries:-