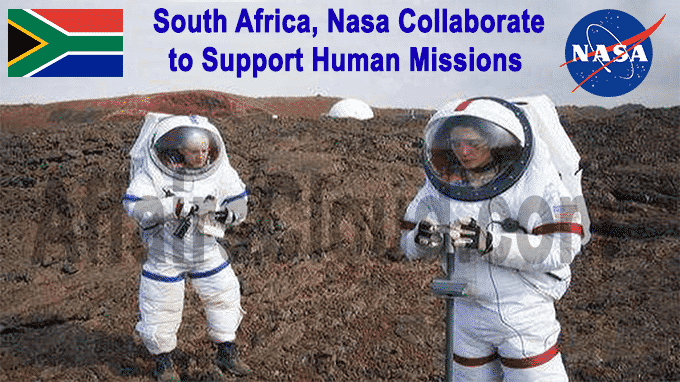 On June 2, 2020 The South African National Space Agency(SANSA) has partnered with National Aeronautics and Space Administration(NASA) to host a deep-space ground station to support human spaceflight missions to the Moon, Mars and beyond. South Africa became the 4th country(4th site)after the United States of America, Spain and Australia to host a deep space ground station.

i.The 4th site will be integrated into an existing network of three sites, will complement the other sites & provide improved coverage and redundancy for critical mission support. The station will be operated, maintained & managed by SANSA

ii.Benefits of the station to South Africa

iii.The advantage of the station is its location at the southern tip of Africa, with the climate at Matjiesfontein which makes it ideal for the frequency that will be involved in space studies.

iv.To capture the faint signals sent from millions or even billions of miles away (from earth) the dishes must be large enough

v.The dish antennas with a height equivalent to a 20-storey building will be built soon.