The First time ever in Haryana,a scheme called ‘Sakhi’, was inaugurated to help the women, who are suffering from sexual, mental  and emotional harassments(Including eve-teasing, domestic violence and rape). 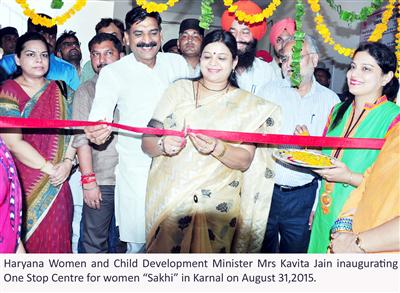 Sakhi means “friend or companion” in some of the Indian languages.