Edinburgh headquartered Royal Bank of Scotland signed an agreement to transfer the India private banking business to Sanctum Wealth Management.
RBS did not give financial details of the deal but it is expecting to be around Rs 200 crore. The wealth management arm of RBS has assets of nearly Rs 12,000 crore under management which will now be under the control of Sanctum. 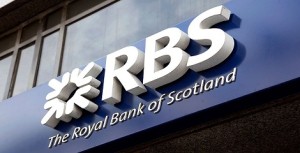 Sanctum is a Mumbai based company that will be led by Shiv Gupta who heads the private banking business at RBS India and the existing management team.

REASON BEHIND SELL OFF

In March, RBS had also announced it would be selling off its internationally managed private banking and wealth management business to Union Bancaire Privee (UBP). This business included operations managed out of Switzerland, Monaco, UAE, Qatar, Singapore and Hong Kong but did not include the India business.