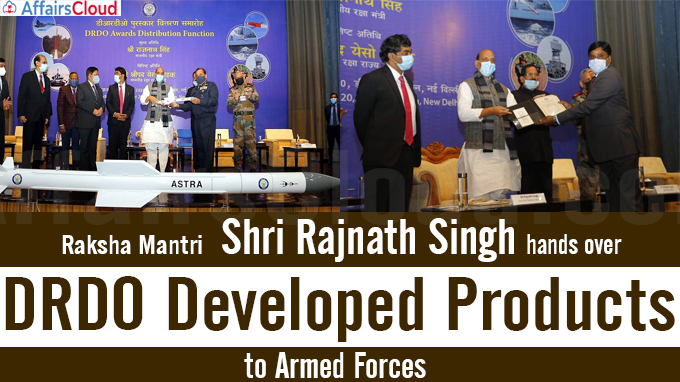 Products that are handed over:

i.The counter drone systems for detection, deterrence and destruction of incoming drones was handed over to the CISC (Chiefs of Staff Committee).

iv.The variants of Advanced Chaff were handed over to the Chief of the Naval Staff (CNS) Admiral R Hari Kumar.

i.The Central Government is working towards the objective of Make in India and Make for the World through several policy reforms such as increasing FDI (Foreign Direct Investment) in Defence sector through automatic route to 74%, Corporatisation of OFB (Ordnance Factory Board), creation of defence corridors in Uttar Pradesh (UP) and Tamil Nadu, formulation of Defence Production and Export Promotion Policy 2020, bringing out positive lists of defence items for domestic manufacturing etc.