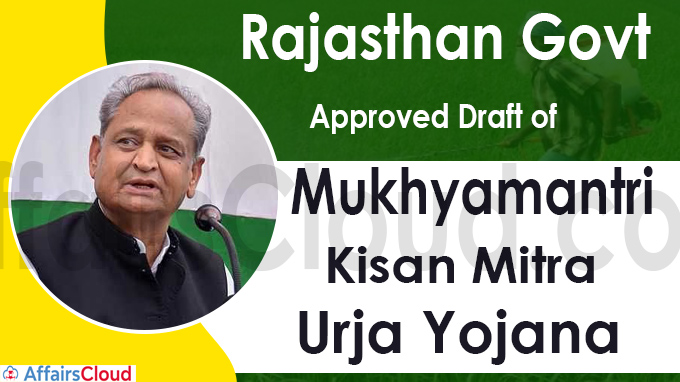 Note – Ashok Gehlot has announced this scheme in the state’s Budget for FY22.

Process under the scheme:

i.The eligible consumers have to get their Aadhaar number and bank account linked with the scheme to avail the benefits.

ii.Electricity bills will be issued bi-monthly to the consumers by the electricity distribution companies.

iii.As per the scheme, the eligible consumers have to clear all their electricity bill dues to get the grant amount. After paying the dues, the subsidy amount will be payable to the consumer on the upcoming electricity bill.

iv.If a farmer consumes less electricity and his bill is less than Rs 1000, the difference between the actual bill and the grant amount will be deposited in his bank account. This initiative is intended to encourage farmers to save electricity.

v.This scheme will bring a financial burden of Rs 1,450 crore per annum to the state government.