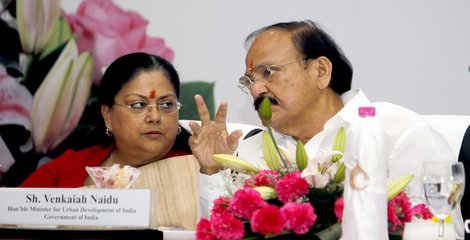 No of MoUs signed – 27 in which 4 are from affordable housing.

Rs.2000cr  will be invested by Tata Housing Development Company Ltd  in affordable and mixed use township over an area of 10.12 hectares.

An MoU was signed between the state government and Mahima Real Estate Private Ltd for affordable housing and group housing by investing an amount of Rs.1,700cr.

National Building Construction Corporation (NBCC) and Wish Empire who have undertaken to invest Rs.500 cr each in Rajasthan.

Four MoUs were a part of 27 MoUs signed entailing an investment of Rs.12,478 cr in housing and urban development projects in Jaipur

A total of 27 MoUs were signed.In which Fourteen MoUs pertaining to housing sector, seven to healthcare sector, four in education sector and two in tourism .

Rajasthan – The first state to submit AMRUT action plan to the Ministry of Urban Development.