The Japee Punjab Warriors having lost in the last two consecutive titles of the tournament ending jinx this time Warriors crowned maiden title defeating Kalinga Lancers 6-1 in the title clash in the fourth edition of the tournament. 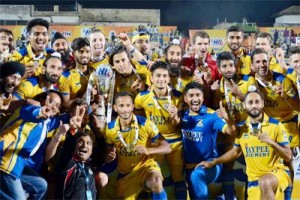 Road to the Final: