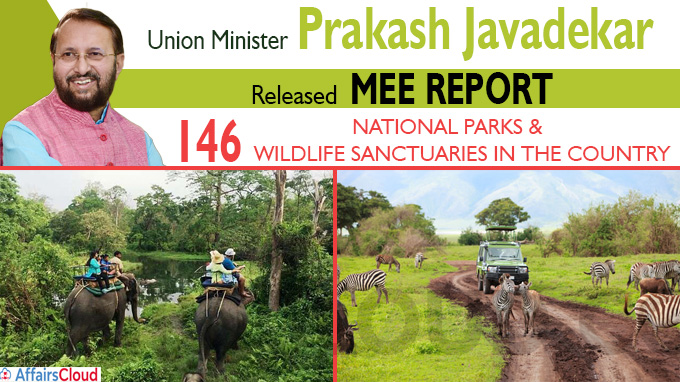 i.MEE is a framework for testing the effectiveness of Protected Areas in India.

ii.The report has been prepared by MoEFCC with technical inputs from Wildlife Institute of India (WII).

iv.The results of present assessment are encouraging with overall mean MEE score of 62.01% which is higher than the global mean of 56%.

i.At present India has a network of 903 Protected Areas in the Country, which covers 5% of total geographic area of the country.

ii.India is home to 70% of Global Tiger Population, 70% of Asiatic Lions & more than 60% of Leopards Population.

i.The MEE is based on the International Union for the Conservation of Nature (IUCN) World Commission on Protected Areas (WCPA) framework of MEE.

ii.MEE is based on 30 Indicators like Assessment of Threats,  Management Plan,  Habitat Restoration, Threat abatement and others.

i.India has systematically designed its Protected Areas in 4 categories  under the Wildlife (Protection) Act, 1972.