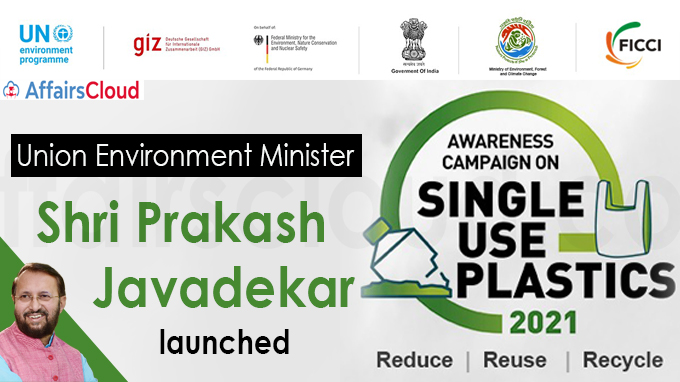 The Hackathon was announced for tackling plastic waste pollution and elimination of single use plastic.

i.Objective – To develop innovative solutions to mitigate plastic pollution and develop alternatives to single use plastic.

ii.Who can Participate – Start-ups/Entrepreneurs and students of Higher Education Institutions (HEIs)  are eligible to participate in the Hackathon.

i.India has already banned the import of plastic waste in India.

ii.In 2016, MoEFCC was notified of the Plastic Waste Management Rules, 2016 for handling plastic waste in an environmentally sound manner.

About Federation of Indian Chambers of Commerce and Industry (FICCI)