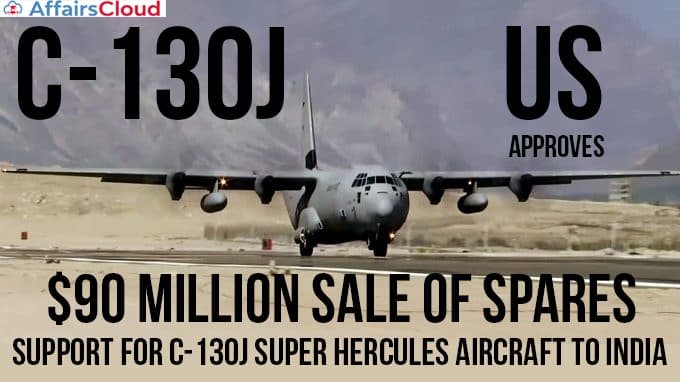 On October 2, 2020, the United States (US) Department of Defence i.e. The Pentagon has approved India’s request to buy USD 90 million worth of equipment, spare parts and logistical support for its fleet of C-130J Super Hercules cargo aircraft, procured from the US. The sale would be executed by defence major Lockheed-Martin.

–Notification of the above kin of major sales is mandatory under the Arms Export Control Act, 1976.

i.On 12th May 2020, The Centers for Disease Control and Prevention(CDC) of the United States of America has promised 3.6 million USD (around 27 crores) to the government of India, to combat the COVID-19 pandemic.