On 25th Aug 2017 according to the Parliamentary panel no Genetically Modified (GM) crop should be introduced in India unless the bio safety and socio- economic appeal is evaluated in a “transparent” process and an accountability regime is put in place. It was announced.

i.The report of the committee, chaired by Congress leader Renuka Chowdhury was presented to the Rajya Sabha chairman.

iii.The committee has also recommended the environment ministry should examine the impact of GM crops with all stakeholders to clear about all its probable effects before taking a call on the matter.

iv.The department-related parliamentary standing committee on science and technology and environment and forest made its recommendations in its 301st report on GM crop and its impact on environment. 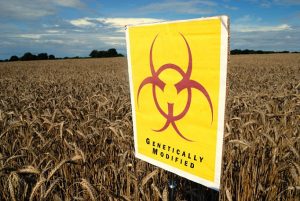 v.GM mustard being a herbicide-tolerant GM organism (GMO), there is clear evidence on the adverse impacts of such GMOs elsewhere in the world.

vi.The Centre for Genetic Manipulation of Crop Plants (CGMCP), Delhi University, had submitted an application to the GEAC for the environmental release of GM mustard (Brassica juncea) hybrid DMH-11 and the use of parental events (varuna bn 3.6 and EH2 mod bs 2.99) for the development of a new generation of hybrids.

vii.The environment ministry had received over 700 comments from various stakeholders, including farmers and researchers, on the Assessment of Food and Environmental Safety (AFES) report on GM Mustard.

Genetically modified crops (GMCs, GM crops, or biotech crops) are plants used in agriculture, the DNA of which has been modified using genetic engineering methods.

In most cases, the aim is to introduce a new trait to the plant which does not occur naturally in the species.