External Affairs Minister(EAM) of India Dr. Subrahmanyam Jaishankar has made a two-day visit to Nepal(August 21-22, 2019) for participating 5th Joint Commission Meeting 2019 between two countries. This is Jaishankar’s first visit to Nepal since he assumed office on June 2019. 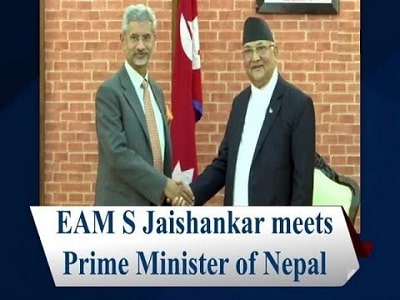 Aim:
The purpose of the visit is to review bilateral relations and various areas of cooperation between India & Nepal.

Meeting on the sidelines of the meeting

On August 22, 2019, EAM Dr. Jaishankar has paid a courtesy call to Nepal prime minister K.P. Sharma Oli at his office and they discussed the matter of bilateral and mutual interests.