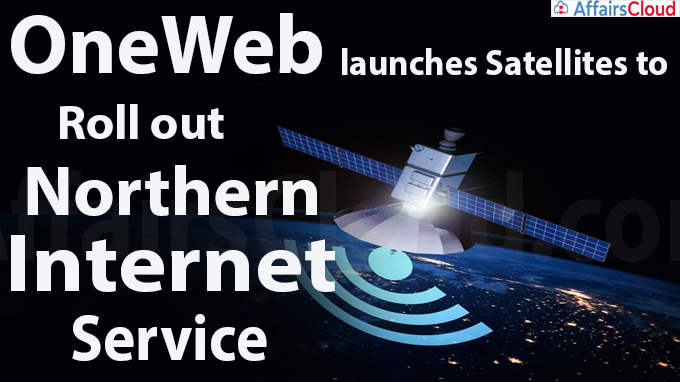 36 Broadband Satellites of OneWeb (a venture backed by Bharti Airtel) were launched into orbit by a Soyuz rocket from Vostochny Cosmodrome in Siberia, Russia.  The launch of the satellites will enable it to provide commercial internet services in areas of the Northern Hemisphere (areas north of 50th Degree Latitude) by the end of 2021.

i.OneWeb is aiming to launch a total of 648 satellites to provide high-speed internet connectivity to customers around the world (SpaceX’s Starlink internet constellation is expected to have around 12,000 satellites).

ii.OneWeb resumed satellite launches in December, 2020 after emerging from bankruptcy protection with USD 1 billion in equity investment from a consortium of British government and India’s Bharti Enterprises.

May 14, 2021, OneWeb has signed an Cooperative agreement with SoftBank Group Corp, a Japanese multinational holding company to promote its satellite communication services in the Global and Japan markets.