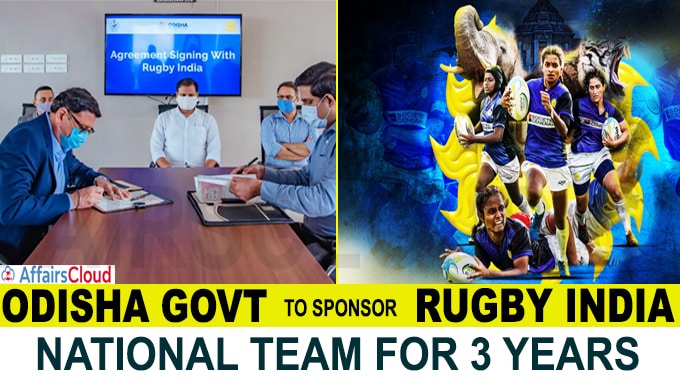 On October 13, 2020 The State Government of Odisha signed an Agreement with Indian Rugby Football Union (IRFU) to sponsor the Indian National Rugby Team for a period of 3 years (till 2023). The agreement was signed at the Kalinga Stadium, Bhubaneswar, Odisha.

It was signed by R Vineel Krishna, Director of Sports & Youth Services Department, Odisha and Maneck Unwala, President of IRFU.

ii.It is expected to improve the development of sport in Odisha and India.

i.The State of Odisha is taking steps to develop the state as a hub for major sporting events and creating international standard high-performance training centres as part of its vision “Sports, a priority for Odisha”.

ii.In February, 2018, Odisha signed an agreement with Hockey India to sponsor the National Hockey Team (Junior, Senior, Men and Women) for a period of 5 years.