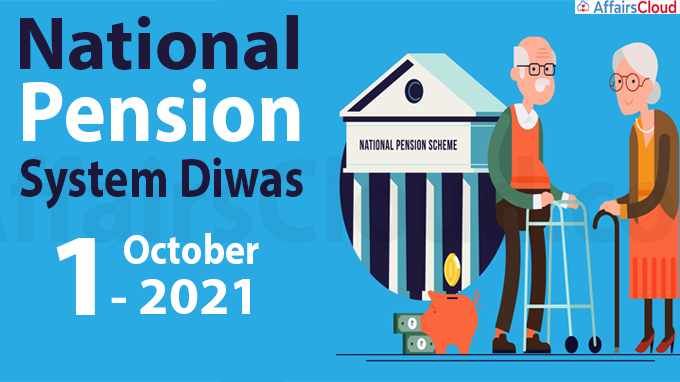 NPS diwas is a campaign of Pension Fund Regulatory and Development Authority(PFRDA) launched as a part of the “Azadi Ka Amrit Mahotsav”.

The Pension Fund Regulatory and Development Authority(PFRDA) has decided to observe the 1st October 2021 as the “National Pension System Diwas”.

ii.The National Pension System(NPS) was launched on 1st January 2004 with the objective of providing retirement income to all the citizens.

PFRDA is a regulatory body under the Ministry of Finance.
PFRDA regulates overall supervision and regulation of pensions in India.
Chairperson- Supratim Bandyopadhyay
Established on 10th October 2003
Headquarters– New Delhi