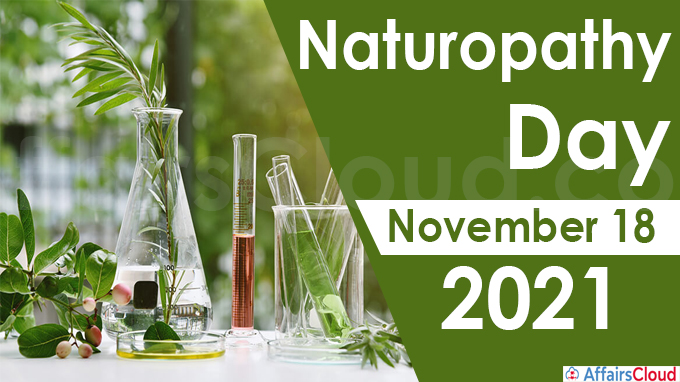 The National Naturopathy Day is annually observed across India on November 18th to create awareness about naturopathy and to promote drugless systems of medicine to prevent diseases by altering diet and lifestyle.

The first ever National Naturopathy Day was observed by the Ministry of AYUSH in 2018.

On 18th November 1945, Mahatma Gandhi became the lifetime chairman of the All India Nature Cure Foundation Trust and signed the deed with the object of making the benefits of Nature Cure available to all classes of people.

i.Naturopathy, or naturopathic medicine, is a form of alternative medicine.

ii.It is a system that uses natural remedies to help the body heal itself.

i.National Institute of Naturopathy (NIN), Pune, Maharashtra is an autonomous body under Ministry of AYUSH,

ii.The National Institute of Naturopathy instituted on 22nd of December 1986 is registered under the Societies Registration Act 1860.