21st April every year is celebrated as the National Civil Service Day to celebrate the civil servants (IAS- Indian Administrative Services, IPS- Indian Police Services, IFS- Indian Foreign services and group A and B services) who dedicated their lives to the citizens and to renew their commitments and excellence in work. This is also to encourage the passion of the Indians to get into civil service. 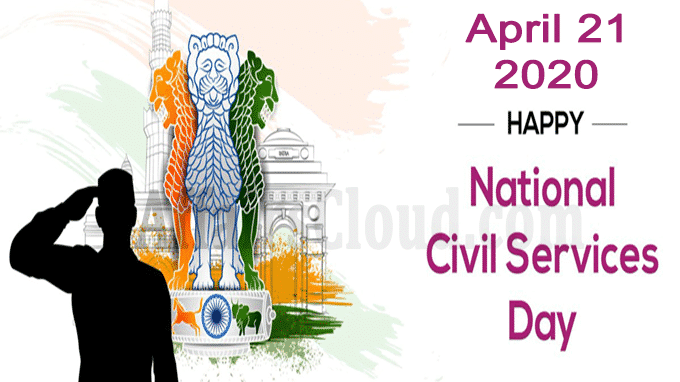 i.On April 21, 1947, The Home member of Parliament, Sardar VallabhBhai Patel inaugrated the All India Service and referred the civil servants as the ‘Steel Frame of India’ in his speech addressing the Administrative Services Officers at Metcalf.

iii.On this day the Prime Minister’s Awards for Excellence in Public Administration is awarded to various officers as an inspiration for them to work better for the government and citizens. This award is awarded in three categories.

Category 3: rest of the states of India

iv.The award includes a medal scroll and cash of Rs.1 lakh for individual and Rs.5 lakh in case of group.

v.The foundation has been laid by Warren Hastings and later more reforms were done by Charles Cornwallis and so he was known as the “Father of Civil Services in India”.

vi.The award function is organised by the department of the Administrative Reforms and Public grievances and Ministry of Personnel, Public Grievances and Pension.