On January 30, 2020 The National Anti-Doping Agency(NADA) banned Indian weightlifter Ramshad AR for a period of 2 years after he was found guilty of violating the anti-doping rule. Similarly, Indian wrestler Ravinder Kumar was banned for a 4-year period by NADA for failing the dope test. 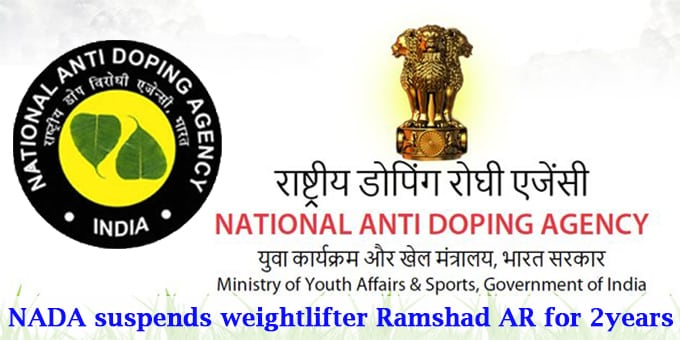 i.Ramshad AR: He was examined by the Doping Control Officer of NADA during the 71st Men’s National Weightlifting Championship.

ii.Ravinder:  Ravinder failed the dope test during the 67th All India Police Wrestling Cluster Championship in Jaipur, Rajasthan in 2019 and was suspended in May 2019.