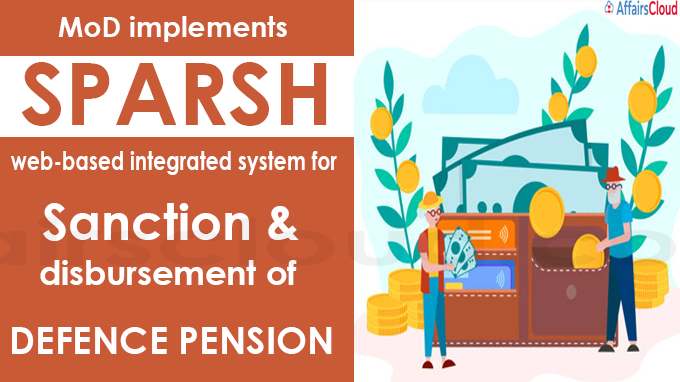 The Ministry of Defence (MoD) headed by Union Minister Rajnath Singh implemented SPARSH, an acronym for System for Pension Administration (Raksha), for automation of sanction and disbursement of defence pension.

As a part of SPARSH, service centres will also be set up for the pensioners who are unable to directly access the SPARSH portal. In this regard, an agreement was signed between MoD, State Bank of India (SBI) and Punjab National Bank (PNB) under which both banks will co-opt as service centres.

On 3rd June 2021, MoD signed a Rs 323.47 crore worth contract with Mahindra Telephonics Integrated Systems Limited for procurement of 11 Airport Surveillance Radars for the use of Indian Navy & Indian Coast Guard.