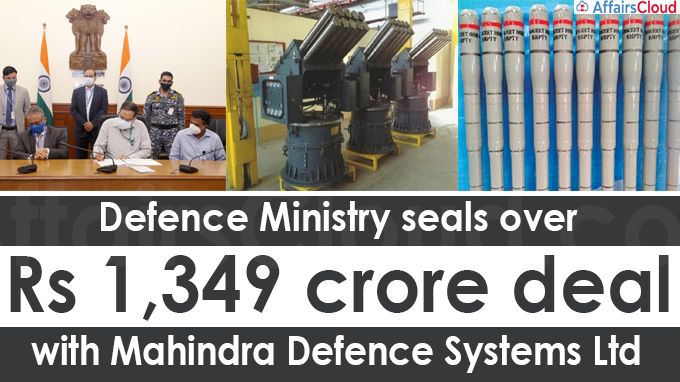 The Ministry of Defence (MoD) has approved contracts worth INR 1349.95 crore to Mahindra Defence Systems Limited (MDS), a group firm of Mahindra & Mahindra Ltd, for supplying 14 Integrated Anti-submarine warfare Defence Suite (IADS) to the warships of the Indian Navy.

i.IADS is a modern underwater equipment which uses the latest technology to detect & protect warships from underwater threats.

ii.It is a flexible system capable of operations in all sizes of warships – small, medium, and large.

In July 2021, MoD issued a Request of Proposal (RFP) for construction of 6 AIP (Air Independent Propulsion) fitted Conventional Submarines named Project 75 (India) [P-75(I)] for the Indian Navy. The estimated cost of the project is over INR 40,000 Crore.