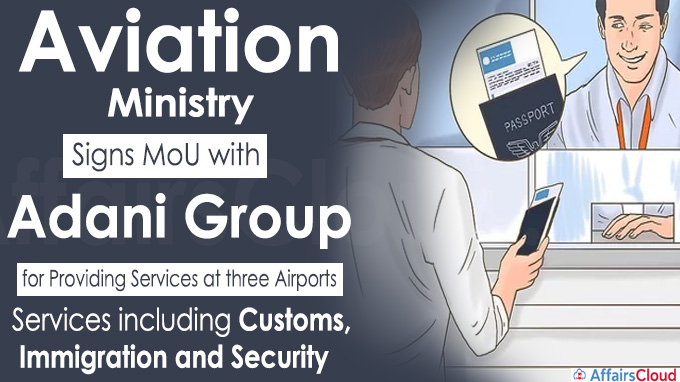 in July 2021, The Competition Commission of India (CCI) under Section 31(1) of the Competition Act, 2002 has approved the acquisition of SB Energy Holding Limited by Adani Green Energy Limited for about $3.5 billion, the largest acquisition in the renewable energy sector in India.

About Ministry of Civil Aviation (MoCA)