On September 13, 2019, Ministry of Railways has signed an MoU (memorandum of understanding ) with Confederation of Indian Industries (CII) for facilitation of green initiatives in Indian Railways at New Delhi. Coffee Table Publications on Energy Efficiency, GreenCo Rating (developed by CII) and Green Buildings (including railway stations) were also released during the signing ceremony. 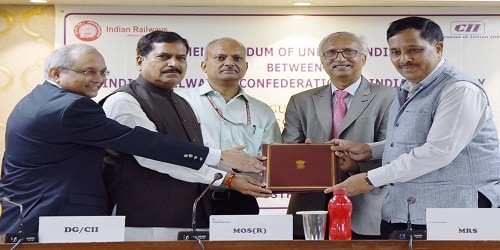