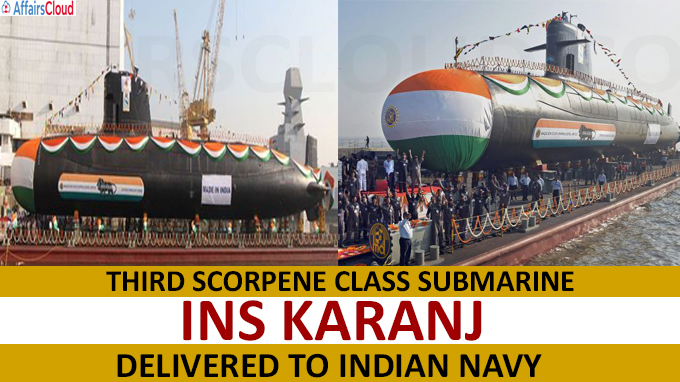 On February 15, 2021, Mazagon Dock Shipbuilders Limited (MDL) delivered the Third of Six Kalvari-class submarines based on ‘Scorpene Class’ to the Indian Navy at Mumbai, Maharashtra. The submarine will be commissioned into the Indian Navy in March, 2021 as ‘INS Karanj’.

With 3 Scorpenes inducted into the Indian Navy, 3 more submarines are under development/sea trials phase which include INS Vela, INS Vagir & INS Vagsheer is at the stage of outfitting.