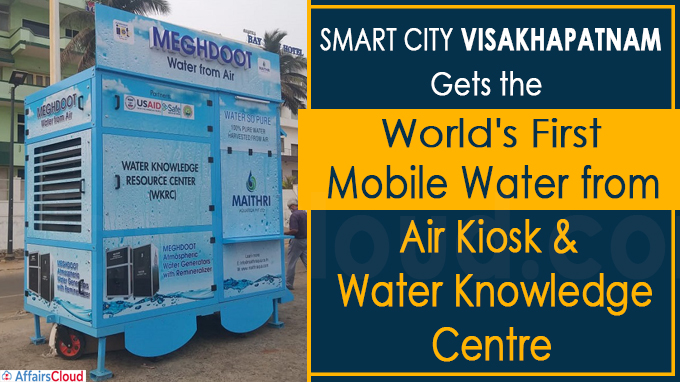 Maithri Aquatech, a startup, formed under the initiative ‘Make in India’ has set up the ‘World’s First Mobile Water from Air Kiosk and Water Knowledge Centre’ with the use of its ‘MEGHDOOT solution’ in Visakhapatnam, Andhra Pradesh.MEGHDOOT means ‘Messenger of the Sky’s.

The kiosk will also act as a Water Knowledge Resource Centre (WKRC) by creating awareness to local communities and nearby schools on the benefits of good water, sanitation, and hygiene (WASH) practices.