The Maharashtra Assembly lead by Devendra Fadnavis passed the Prohibition of Social Boycott Bill 2016 to becoming the first State to enact such a law.He also launched the ‘Mission Drinking Water’ to conquer water crisis

Aim: To crack down on extra-judicial bodies such as caste and community panchayats.

The provisions of the law define social boycott as a cognisable, but bailable offence, and 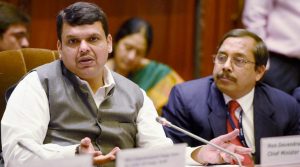 provide for an imprisonment of up to three years or Rs. 1 lakh fine or both.The maximum punishment for which will be seven years in prison or fine up to Rs. 5 lakh or both.