In order to make the tribals debt-free,  Madhya Pradesh Chief Minister Kamal Nath announced on the occasion of World Tribal Day (August 9, 2019), that all the loans taken from non-licensed money-lenders by tribals living in 89 scheduled villages in Chhindwara would be waived in the state. It will benefit 1.5 crore tribals. 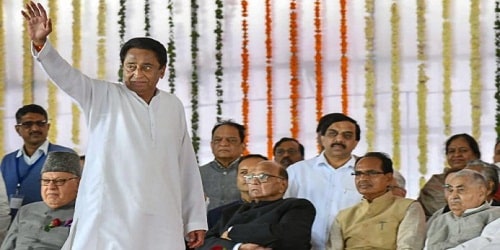 Key points:
i. If the tribals mortgaged his/her jewelry and land for the loan, then it will also be returned to them. In future, if any Money-lenders will do lending in the tribal area, they have to obtain a license from the government.
ii. The state government will also provide tribals with debit cards. Through this, they can withdraw up to Rs 10,000 from ATM(Automated Teller Machine), which will be installed at weekly markets.
iii. For administrative convenience, forest villages in the state will be converted into ‘revenue villages’ & Scheduled Tribes department would be renamed as Tribal Development Department.
iv. The tribal’s whose cases of land rights (‘patta’) have been rejected will be reviewed. They will be given land rights, if eligible.
v. For the quality education, 40 Eklavya Schools would be set up in tribal areas in the state, Those areas will also get  53,000 teachers for Government schools, 7 new sports complexes tribal museum with a cost of Rs 500 crore and 40 schools will get up-gradation to higher secondary schools.

Kamal Nath Govt will provide assistance to tribal families through ‘Mukhyamantri Madad Yojna’
The Madhya Pradesh Government also announced “Mukhyamantri Madad Yojna” for providing assistance to tribal families on childbirth and death of a family member.
i. Under this yojana, the tribal family will get 50 kg of rice/wheat, if the birth of a boy or a girl.
In case of death in the family, 100 kg of rice or wheat and utensils for cooking food would be given.