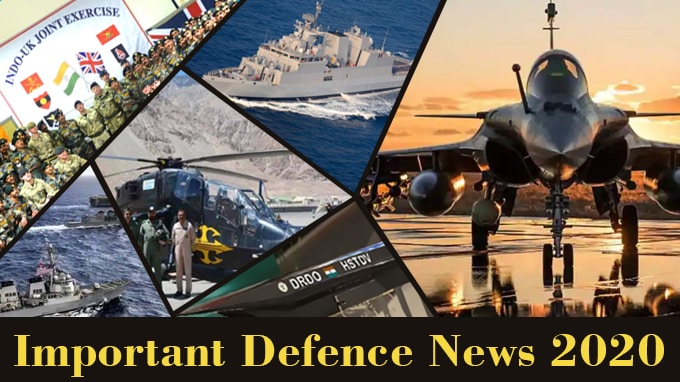 Affairscloud Team always gives their heart and soul to make their followers to achieve their dream. We are trying in all possible ways to give efficient content for the upcoming mains exams. Here we start with this Important consolidation of Indian Missiles which were tested recently and Important Defence News.

As we all know, there is a tension situation in the Border with China. To be prepared for any kind of situation, Defence Research and Development Organisation (DRDO) is testing Indigenously Developed Missiles. Affairscloud expects a question from the recent missile tests. So we have compiled a list of missiles which have been tested recently.

We also given data about the Defence Exercise that have been held recently along with the exercises that are scheduled to be held in the future.

And finally there is list about the Defence Module which were developed/Manufactured by India, we hope this Compilation will help you for your exams preparation.

8. Name of the Exercise: RIMPAC (Rim of the Pacific), Bi-Annual event
Participants: Conducted by US Navy
Date: August 17-31, 2020
Place: Hawaii
Key Points: World’s Largest Maritime Exercise, 25 Countries from around the world participated in the International Maritime Exercise, India was not a participant in the Exercise, The Theme of RIMPAC 2020 is ‘Capable, Adaptive, Partners’.