World Environment Day (WED) is observed on June 5 every year. It is celebrated to raise awareness about environmental issues pertaining to our planet and the action to be taken to tackle them. The theme of the year is ‘Beat Air Pollution’. This day was observed for the first time in 1974 by the United Nations. World Environment Day 2019 is being hosted by China this year with a theme of “Air Pollution”.In 2018, India was the host country. 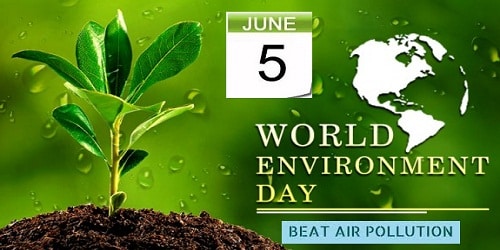 Initiative taken by Union Minister for Environment, Forest and Climate Change and Ministry of Information and Broadcasting Shri Prakash Javadekar ahead of World Environment Day

1 lakh kids under 5 years of age die due to air pollution each year: Study