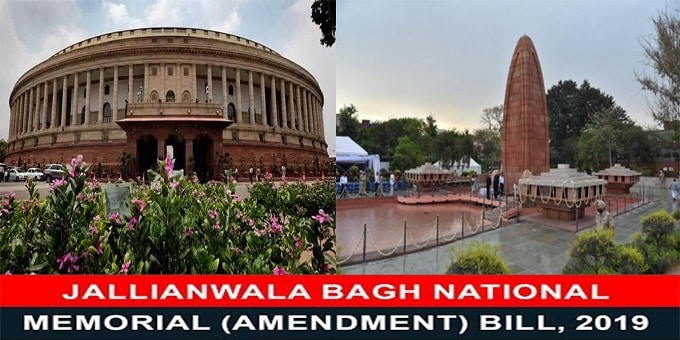 i.Jallianwala Bagh is a public garden in Amritsar, Punjab.

ii.It houses a memorial of national importance, established in 1951 by the Government of India, to commemorate the massacre by British on the order of Brigadier-General Reginald Dyer, where by many unarmed men women and children were killed on the occasion of the Punjabi New Year on April 13, 1919.

iii.The year 2019 marked the 100th anniversary of the massacre.

About Rajya Sabha:
Fact- The Rajya Sabha or Council of States is the upper house of the Parliament of India.
Chairman- Venkaiah Naidu (Vice President of India).
Deputy Chairman- Harivansh Narayan Singh.
Leader of the House- Thawar Chand Gehlot (Union Minister of social justice and empowerment).