Ace Indian shooter Jitu Rai shrugged off the disappointment of a poor Olympic campaign by clinching a silver medal in the 50m pistol event of the ISSF World Cup Final.

Veteran marksman Sanjeev Rajput, ended his ISSF World Cup Finals campaign in the men’s Rifle 3 Positions event in 10th place, falling short of qualifying for the eight-man final with a score of 1161. 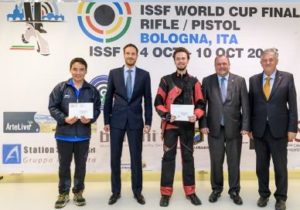 Europe and Russia launched Exo-Mars to explore the Red Planet