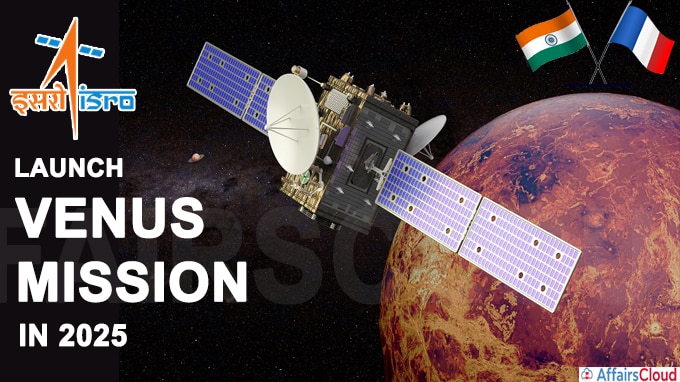 Other Indo-French Collaborations on Space:

–In August 2019, CNES and ISRO committed to develop the first space-based system in the world capable of tracking ships continuously by building satellites carrying telecommunications and radar and optical remote-sensing instruments. The satellites will monitor ships in the Indian Ocean.

–CNES and ISRO are operating a number of climate-monitoring satellites together. The upcoming is TRISHNA (Thermal infraRed Imaging Satellite for High resolution Natural resource Assessment), which will provide continuous thermal monitoring at high resolution.

-In December 2019, the Argos-4 Payload Module set to fly on the Oceansat-3 satellite, another major collaboration between the two nations, arrived in India.

–In March 2018, the two countries issued a ‘Joint Vision for Space Cooperation’.

-Both nations are also working on ISRO’s human space mission Gaganyaan project, which aims to send three Indians to space by 2022.

ii.Team of researchers of Indian Institute of Science (IISc) Bengaluru, Karnataka and ISRO developed a sustainable process for making brick-like structures named “Space Bricks” on the surface of the moon. The process uses the lunar soil, bacteria and guar beans to make the space brick.