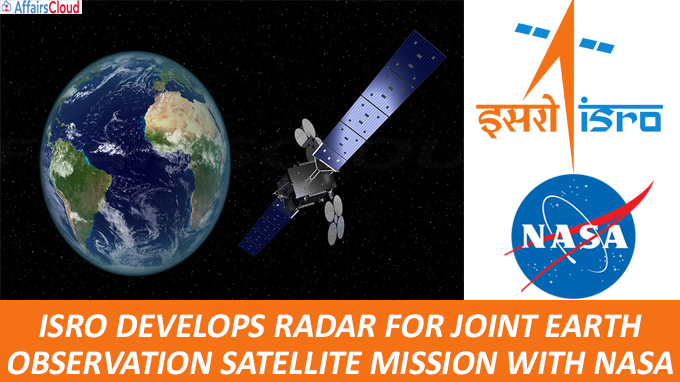 The Earth Observation Mission is targeted to be launched in early 2022 from ISRO’s Sriharikota spaceport, Andhra Pradesh.

Purpose of the Mission

i.It will help in better understanding of causes & consequences of land surface changes, and to increase our ability for coping with global change.

ii.NISAR will observe Earth’s land and ice-covered surfaces globally with 12-day regularity on ascending and descending passes, sampling Earth on average every six days for a baseline three-year mission.

iv.The instrument’s imaging swath the width of the strip of data collected along the length of the orbit track is greater than 150 miles (240km), which allows it to image the entire Earth in 12 days.

v.As the mission continues for years, the data will allow for better understanding of the causes and consequences of land surface changes, increasing our ability to manage resources and prepare for and cope with global change.

i.NASA has chosen ‘India Sat’, an indigenous experimental satellite developed by 3 students from Tamil Nadu for launch in suborbital space in June, next on NASA’s sounding rocket 7.