On August 8, 2019, The Intergovernmental Panel on Climate Change (IPCC) based in Geneva, Switzerland reported that land is under pressure from humans and climate change. The report also stated that keeping Global warming below 2°c by reducing greenhouse gas can somehow sort out the issue as different uses of land i.e., Forests, agriculture, urbanisation are affecting as well as getting affected by climate change.

The report’s full name is Climate Change and Land, an IPCC special report on climate change, desertification, land degradation, sustainable land management, food security, and greenhouse gas fluxes in terrestrial ecosystems. It was prepared under the scientific leadership of all three IPCC Working Groups in cooperation with the Task Force on National Greenhouse Gas Inventories and supported by the Working Group III Technical Support Unit. 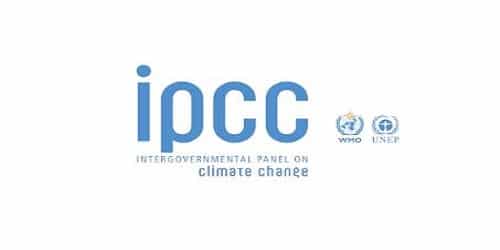 Link between land and climate:
There is always an interconnection between land and climate as land acts as both the source and sink of carbon.
i. Agricultural activities like farming, cattle rearing are the major source of methane and nitrous oxide, both being 100s of times more dangerous than carbon dioxide.
ii. At the same time, the trees and other plantations absorb the carbon dioxide emitted in the atmosphere.  This is the reason for changes in large-scale land use. Negative activities like deforestation, Change in cropping pattern etc will have a direct impact on greenhouse gas emission.

IPCC reports:
i. This was the first time IPCC focused fully on land sector.
ii. It is a part of the run-up to the sixth edition of its main report called Assessment Reports which is due around 2022.
iii. IPCC produced a report in 2018 to reduce greenhouse gas emissions by 1.5degree Celsius.

About IPCC
♦ It is an intergovernmental body of the United Nations(UN) dedicated to providing the world with an objective, scientific view of climate change, it’s natural, political and economic impacts and risks, and possible response actions. Its job is to assess already published scientific literature to update our knowledge about climate change.
♦ Headquarters-  Geneva, Switzerland.
♦ Founder- Bert Bolin
♦ Founded- 1988.
♦ Chair-Hoesung Lee