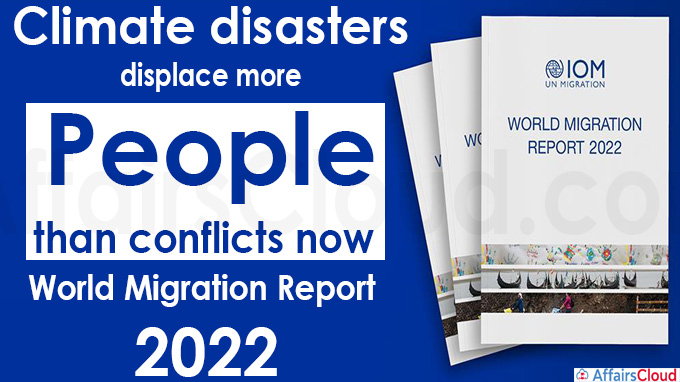 ii.International remittances are financial or in-kind transfers made by migrants directly to families or communities in their countries of origin.

iv.The United States (US) has been the top remittance sending country with a total outflow of USD 68 billion in 2020 followed by the United Arab Emirates(UAE) (USD 43.2 billion) and Saudi Arabia (USD 34.6 billion).

i.India and China, have the largest absolute numbers of migrants living abroad and India has the largest emigrant population in the world with around 18 million people living abroad, this makes India the top origin country globally.

ii.The Philippines has recorded the highest number(approximately 5.1 million) of new disaster displacements in 2020.

About International Organization for Migration(IOM):