US State Department has released the International Religious Freedom Report 2014 which outlines 200 countries and territories describing the status of religious freedom in every country. It marks the detail of action that has committed inhuman activities, abuses, damage in the name of religion and violates Govt policies. 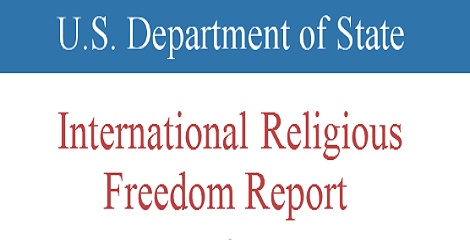 REPORT ON INDIA
Constitution guarantees freedom of religion, mandates a secular state, prohibits discrimination on the basis of religion and practices of faith in a way that does not adversely affect public order, morality, and health.
There are “anti-conversion” laws in six states – Arunachal Pradesh, Gujarat, Himachal Pradesh, Chhattisgarh, Odisha, and Madhya Pradesh

HERE ARE THE POINTS OF STATUS RELIGIOUS FREEDOM