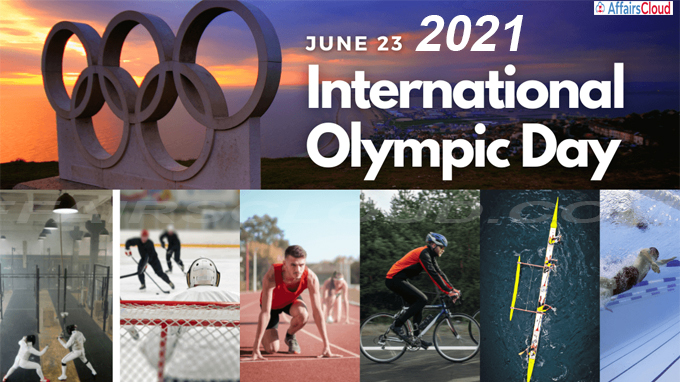 i.The proposal for the celebration of the World Olympic Day was presented by Doctor Gruss, IOC member in Czechoslovakia during the 41st Session of the International Olympic Committee in Stockholm in 1947.

ii.The idea of an Olympic Day was approved at the 42nd Session of the International Olympic Committee(IOC) held in January 1948 in St Moritz, Switzerland.

ii.The NOCs across the globe are deploying sports, cultural and educational activities with a focus on everyone regardless of age, gender, social background and sporting ability.

i.The IOC has Launched the #StrongerTogether, a global campaign to celebrate the Olympic Heroes and highlight the message of hope and solidarity on Olympic Day.

ii.The campaign was designed to enhance the excitement of the upcoming Olympic Games Tokyo 2020.