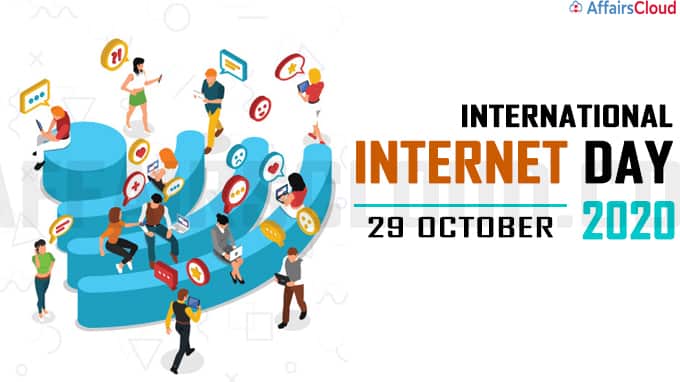 The International Internet Day has been annually celebrated on 29th October since 2005 to mark the anniversary of the first internet transmission on 29th October 1969. The day aims to celebrate the people who supported to build the internet and provide a chance to reflect on the changes brought by the internet.

The International Internet Day celebrates the history of telecommunication and technology.

i.The Internet which is defined as the remote connection of two computers was achieved on 29th October 1969.

Charlie Kline, student programmer from UCLA sent the first ever electronic message from a computer in UCLA to a computer at Stanford Research Institute on 29th October 1969.